PDA stands for pathological demand avoidance.  It is classed as an autism spectrum condition.  The autism spectrum is, by contempory definition, much broader than its earlier incarnation that was boundried by the Triad of Impairments, although many people (including professionals) persist in assuming that being on the autism spectrum equates to matching the cliched autistic male profile.  PDA Society say:


Pathological Demand Avoidance (PDA) is now widely recognised as a distinct profile of autism. Individuals with a PDA profile will share similar difficulties to others on the autism spectrum in the following areas: 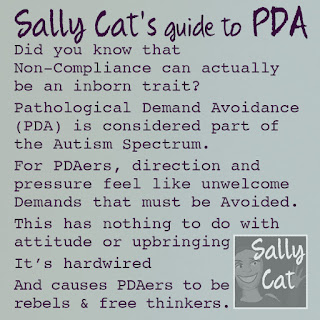 In addition to these points (which, being a PDAer, I may come back to argue with elsewhere in this blogsite!), PDA comprises a cluster of distinctive traits: 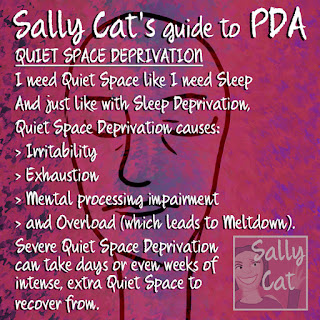 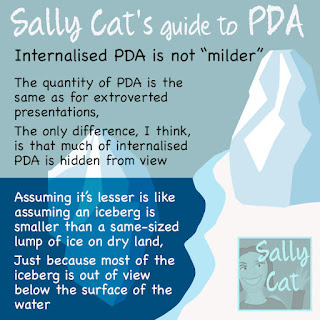